Essence sprays to cleanse, rebalance, and re-energise the aura or energetic field of a person or environment. 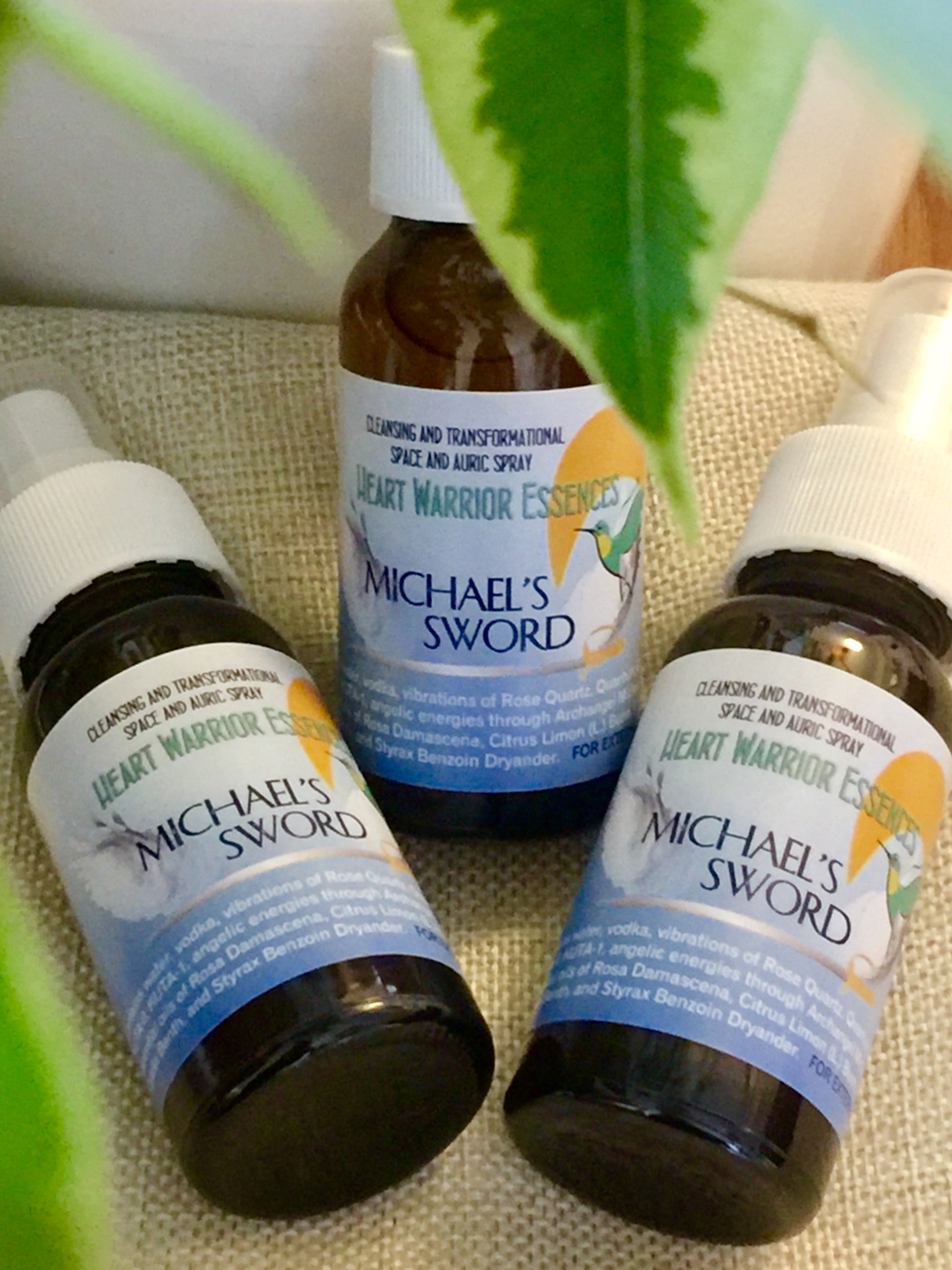 It is hoped a few more sprays will be made in due course. At the moment, only one has been created - Michael's Sword Spray - and the essence that was created for it was only created for the spray and nothing else (there is no "take internally" version of the essence), so it is unique.

"Michael's Sword was, as the name suggests, completely inspired and guided into creation by Archangel Michael at a time when I was very communicative with him. It was made even before the first two essences of the Between Worlds Series.

Sprays are sold in 50ml and/or 100ml glass bottles, and the chosen vibrational essences are preserved in a solution of water, vodka, and pure essential oils.

Directions: spray around the auric body, or the room, as and when needed. (Do not ingest or spray near eyes.)

There are no contraindications - vibrational essence sprays support the emotions and the spirit, and are safe for everyone.